Matt has been so busy this year traveling. He signed up for the ChelanMan hoping he would get some good training time in but it just didn't happen. He decided to put his body thru tourture anyway to see how he would do.
Matt doesn't like to travel the day before a race so we left for Manson late Thursday night. We couldn't leave until 8:30pm because Ryan had Cub Scout Day Camp all week and Thursday was his last day. We even pulled him out a little early so we could go. He loved camp but I think he was fine leaving because he was so exhausted. The kids did really well driving so late. Most of us stayed awake. 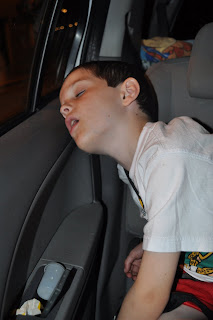 I had originally planned on just taking the kids to the pool again while Matt did the 1/2 Iron. I don't know why but come race day, I always feel guilty for not going when I am that close. Papa Butch dropped us off in Chelan and we caught Matt just as he was coming in on his bike. I'm so glad we did because then we had a good idea of how long we would have to wait for the run part to be over with. 13 miles later, Ryan and Cade joined Matt in the last part of the race and crossed the finish line with him. Matt ended up placing 8th in his age group. Not bad at all. 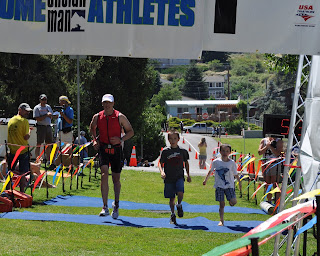 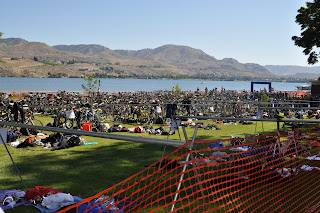 Cade will hate you one day for that picture! Tell Matt good job on the race.
Sara Joy