Life (with lots of pictures)

I haven't posted anything in a while and it's not because nothing is going on. We've been quite busy as a matter of fact.
Soccer started the middle of August and has been keeping us busy 4 days a week. Maddy and Ryan have practices Tuesday and Thursday and games on Saturday. Cade had practice on Tuesdays and Thursdays. Now practices have been replaced by games those days. Matt is coaching Cade's team for the second year now and is enjoying it. Cade isn't sure about that set up because he sees Maddy and Ryan at practice without a parent and thinks he should 'be on his own' too. There is one dad on the team who has been our team photographer. I'm so glad because his pictures turn out so much better than mine. 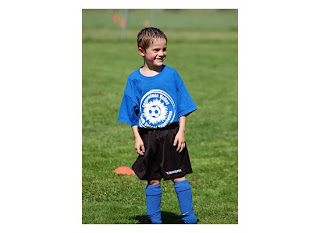 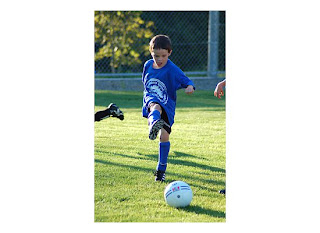 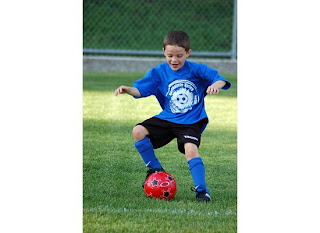 Ryan is quite the soccer star. He is so much fun to watch because he is so fast. We are trying to figure out if he has a dominant foot because he scores with both his right foot and left. Unfortunately his team doesn't have a team photographer so you have to look at my pictures. 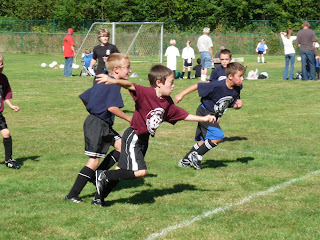 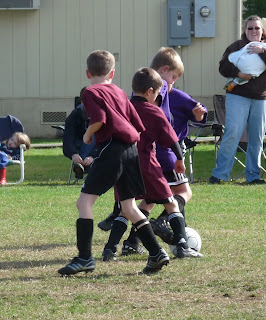 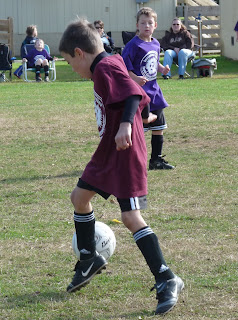 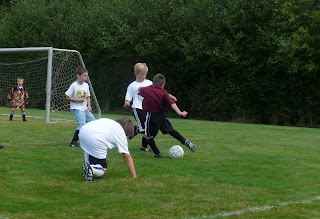 Maddy has been on the same soccer team for the last 3 years. We really like her coach. She has been playing defender (which is not her favorite) until yesterdays game. She finally got to play middy (don't know how they spell it) which is what she wanted. She soon figured out how tiring it is to be there...a lot of running. Almost all of her games are at 9:00am so it is getting pretty chilly. The assistant coach's husband brought a huge container of hot chocolate for the girls yesterday. Very smart! Maddy's pictures aren't as clear because of the fog. 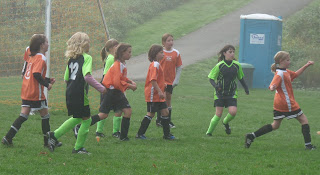 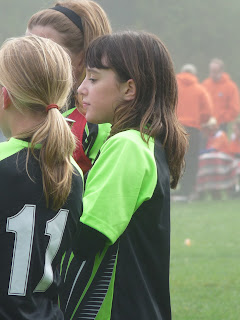 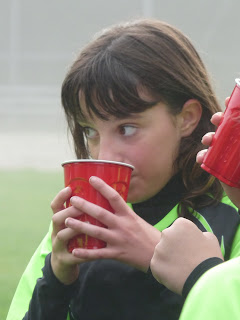 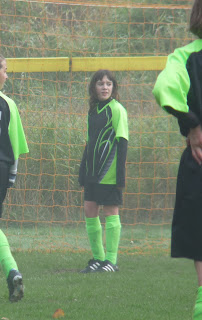 My mom and Dad came over this weekend and my sister Sara flew in from Boise. The three of them and Maddy went to see Wicked in Seattle. Matt and I went in September and loved it. I think Dad was a bit skeptical knowing it was a musical and not knowing any of the story. All 4 ended up really liking it. I'm so glad they got to go. 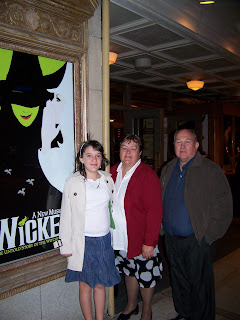 School update: Maddy is loving 5th grade. Her teacher is amazing. She is starting to play the flute this year. I am so glad she opted not to get the drums or the sax she had talked about. Ryan is starting 3rd grade off really well. I was a bit worried about the teacher he was assigned but it has actually worked out great. He was just voted to be one of the ASB Reps for his class and is waiting to hear if he gets to be a Tech Kid again. Cade loves first grade. He has the same teacher Ryan did. He actually likes to get homework. I think it is the feeling of being 'grown up' like the other kiddos. He (and I) loves the fact that he can walk home without someone having to pick him up.
Parent update: Matt is on his way to California right now. He will probably be going down a lot for the next 6-8 weeks with work. He has really had fun coaching soccer and the kids love him. He is also busy with Scouts. I have been at the school a lot. I am PTA co-chair for the Recognition Committee and we have been busy staying on top of that. I also worked in morning kindergarten class for the first month of school getting them ready for parent volunteers to come in. I finally decided that I am over there so much that I might as well get paid for it. I turned in my sub application last week and had my first job last Friday. Hopefully it will keep me busy as well. I was also put into Relief Society as one of the counselors.
Posted by jen at 6:36 PM

I really like the picture of Mom, Dad and Maddy at Wicked. I'm glad they all enjoyed it.

I remember sports with my little guys. So miss those days. I glad you are recording them so you will always remember.

I am still waiting to hear if Butch LOVED his christmas present??

Okay you just tired me out so I'm going to bed. Enjoy!