Maddy and Ryan both have their soccer games on Saturdays. Maddys home games are always at 8:30am. Ryan's home games are always at 1:30pm. It's great if they both have games at their home fields because it means Matt and I can make it to both games. If they have away games, we sometimes have to split up. Today I went to Maddy's home game while Matt went to Ryan's game in North Bend. It was a very cold morning. I forgot to check what the temperature was before the game but afterwards it was 36 degrees. One of the parents brought a big container of hot chocolate. They did this last year too and it was so nice.
Last time I put pictures up somewhere, I had people commenting on poor child number 3. Maddy and Ryan had pictures but Cade did not. Cade's soccer season ended already so you won't see pictures of #3 today. I also didn't get to Ryan's game at all and I am the family photographer so I had the camera at Maddy's game. I will be at Ryan's game this next weekend so will get pictures of him to post later. I am hoping I can make it to some of Cade's first basketball game on Saturday as well.
So anyway, enjoy these pictures of child #1. 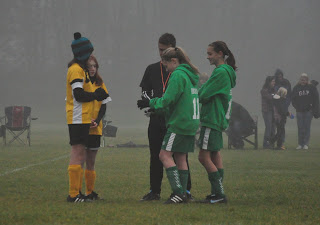 Maddy was one of the captains today. 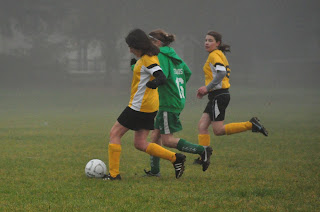 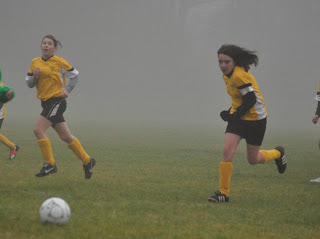 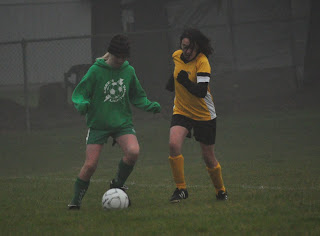 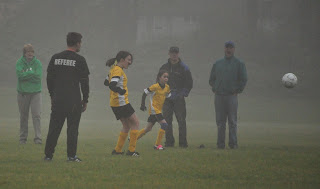 Maddy had some great kicks today. 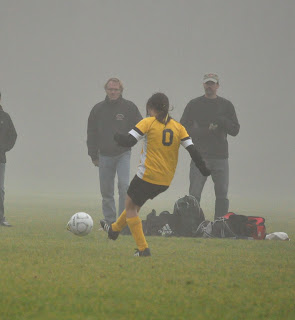 This was a fun game to watch especially compared to last week. Last weeks team was just mean. This weeks team was from Duvall so all the girls knew each other. It was fun to watch them chatting with each other on the field.
Matt said Ryan played really well today. I called him to check in and while I was on the phone, Ryan scored a goal! I could hear all the moms yelling in the background. So glad to know others will cheer him on when I'm not there! His coach gives out badges to put on their shirts for good passes and Ryan got another one today. Way to go, Ryan!
Posted by jen at 11:02 PM