Today our morning started off nice and early with a Maddy soccer game. It was dry but cold. Cold enough to have frost on the ground. Luckily one of the girl's parents bring hot chocolate to the game for the girls. They were nice enough to share with our boys today. The girls team did great. It is fun to see them go out and play hard.
Cade had his second basketball game today. Lets just say the other team cheated (ok maybe not). I heard one boy from the opposing team say as we were walking out of the gym, "my grandma kept score and it was 54 to 18." Whatever. I am going to go with Cade and say we only lost by 6 points. Cade did great! He scored his first basket of the season. It is so funny to see any one of them score and run down the court with arms in the air. Cade did a great job of going after the ball and he will have a nice big bruise to show off. 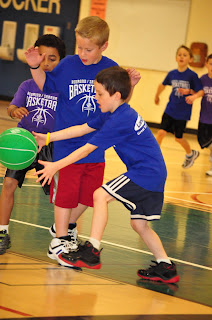 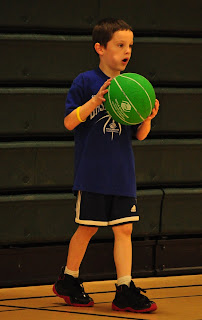 Notice the tongue in check in these 2 pictures. He is so going to bite it off one day! 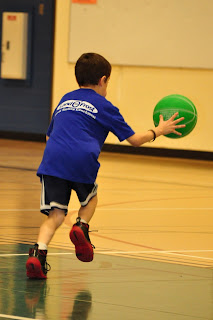 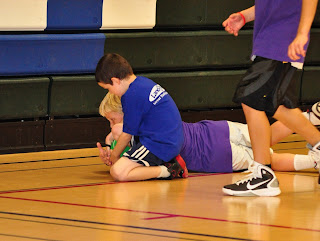 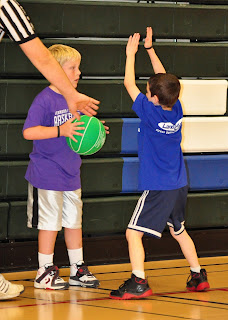 One of the boys on the other team was at least a head taller than Cade. He was a very good player. Turns out he has a personal coach for basketball and football (I told you they cheated).
Ryan had a soccer game this afternoon. Oh my goodness! This was one of Ryan's best games ever. He was so aggressive and quick and it was SO much fun to watch him! He scored one goal and almost scored 2 other times. One of those times one of our players made a perfect pass to Ryan. Ryan went to kick the ball and his foot got too far under the ball and it went right over the goal. Ahhh! So close! This afternoon his coach called to talk to Ryan. She told him what a great job he had done today, how he was a great influence on the team and how badly she wanted that ball to go in the goal for him. How awesome is that?! She has been such an amazing coach this year. I wish Ryan could have had her in previous years. I have so many pictures of Ryan playing soccer that I didn't take my camera today. I wish I had. It was raining the whole game and I wish I could show you how muddy they got.
Good game day, kiddos!
Posted by jen at 8:56 PM