Time to Catch Up

We decided to stay around here for Christmas this year instead of going over the mountains. I hate to drive in the snow plus Granny Janny and Papa Butch had a full house already. One of my sisters and her family and my brother and his family came up from Utah to visit them. A couple days after Christmas, Matt, Sara and their two munchkins came over here. We checked out the Bellevue Botanical Gardens, the Troll and the Ballard Locks. Note to self: go to the Locks when the fish are running. We went in May and saw so many fish it looked like the water was boiling. This time not a single thing. Lesson learned. The Gardens were cool to see (just wish it wasn't raining) and so was the Troll. 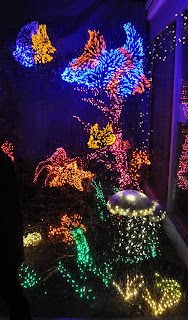 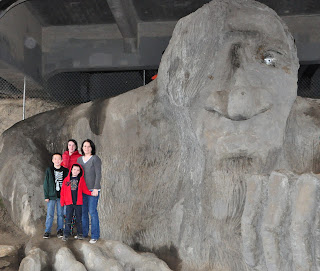 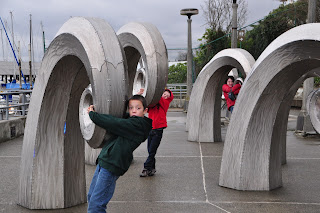 Brother Matt had to fly back home but Sara and the boys got to stay longer. My Matt had 2 free hotel nights he had to use by the end of the year so we used them both for New Year's Eve and stayed in downtown Seattle. We went to the top of the Space Needle and went around the Seattle Center. It was cold but it was a beautiful clear day. We couldn't see the Space Needle from our rooms so we took a short walk down the street and had a perfect view of the fireworks. 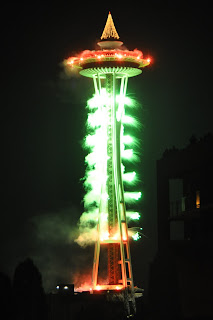 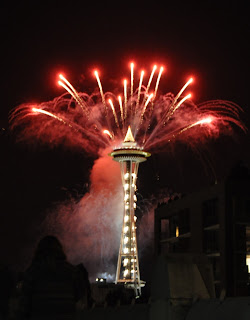 Cade finished basketball in December and Ryan started in January. It's nice not having them both play at the same time. Matt is coaching Ryan's team again this year. They have a smaller team which makes things much easier. Ryan had his second game today. He did AWESOME! He scored, he rebounded, he stole the ball a ton. It was so much fun to watch! I wish I could have gotten some pictures of his face but Matt was pretty much standing in my way the whole time. 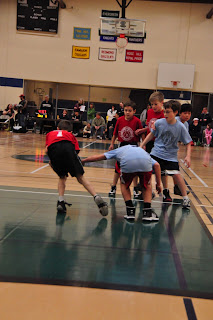 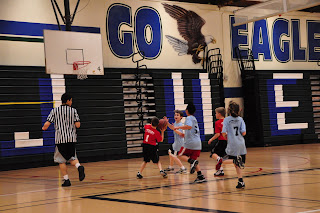 Wondering if he should quit playing football during recess. It looks more like he is trying to play quarterback than basketball. 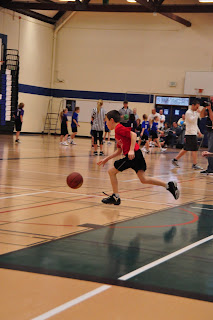 On his way to scoring after stealing again 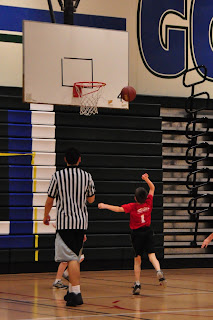 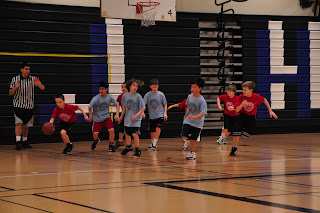