Okay, so no California or Hawaii for us. We went to the Washington Coast with my parents for a few days. Matt left on Wednesday and took the kiddos camping. I went on Thursday and stayed in a hotel with my mom and dad. It really is the way to go. The hotel was pretty old but had beautiful grounds and an oceanview. The campsite had a pool and hottub. A good mix. Thursday Matt and I took the kids to the Washington State International Kite Festival. The kids loved laying in the warm sand watching them all. 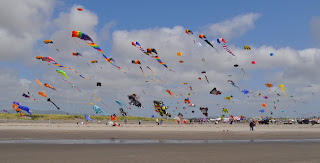 Friday we spent the day at Cape Disappointment. I think this was all of our favorite place. We started off visiting the North Head Lighthouse. You pay a couple bucks and you can go to the top. 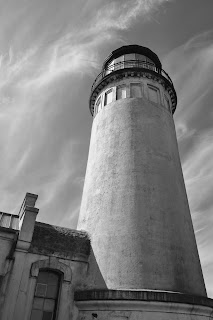 We then headed over to the Cape Disappointment Lighthouse. They have the Lighthouse Keeper and the Asst Lighthouse Keeper houses just up the hill that you can rent. I would like to stay there sometime. I think Matt and the kids might prefer camping just below the lighthouse at Waikiki Beach.

It is the only ocean swimming spot. It was really nice. There is a lot of nice sandy beach and a jetti to explore. We went down there after the lighthouse. Ryan and Matt took off down the jetti while Maddy, Cade and I enjoyed the warm sand. Cade played fetch with a dog and then joined Maddy in building sandcastles. I could see Matt and Ryan on the jetti watching some guys fishing. Matt stood up and started pointing to something. There was just enough of a curve that I couldn't see. When they came back, they said they were sitting on the rocks when Ryan says "there's a whale!" Matt said a giant seal had swam up and laid it's head on the rocks just below them. That was enough intentive to get Maddy and Cade to go out there. We saw something (not sure what) but didn't get to see anything up close.

The men fishing around us did catch some good sized fish. I felt bad for one of them because as he was trying to get his fish netted, he slipped between the rocks behind him. You could tell he was hurt but not enough that he couldn't get out. I think it always hurts worse when someone else sees what happened.
That night we went into Long Beach with my folks to watch the Night Kite Flying. It was okay. It would have been better if it wasn't so cold. That and the fact that it said it started at 8pm and didn't start until 9pm. 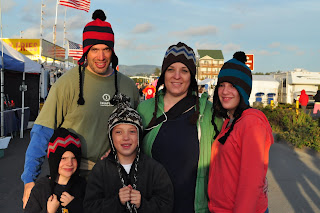 Mom and dad ended up taking Ryan and Cade home after seeing just a couple kites. Matt, Maddy and I left not long after they did.
Saturday we went headed back to Long Beach to check out the whale skeleton. It washed up on shore 5 years ago. It was buried and then a year later a group dug it back up and took it a mile down the beach where it sits now.
After the walk on the boardwalk and grabbing some ice cream, Matt and I took the kids to the Wildlife Park and did a short hike. Matt scared the kids by informing them that the area we were in had a very high concentration of bears. Cade kept saying "I wish we would have gone the other way!" We also checked out another jetti by an oyster farm but it wasn't nearly as interesting as the other. We were impressed by the huge piles of oyster shells we saw though. 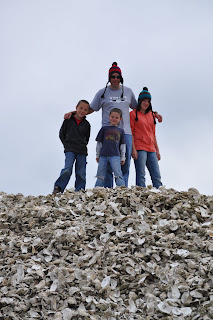 The trip was a success. The kids loved camping. Matt woke up each morning to the kiddos naming the bugs crawling on the outside of the tent. They also loved the playground at the hotel. We loved Cape Disappointment. We had great company...thanks Granny Janny and Papa Butch! 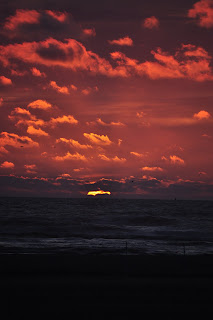 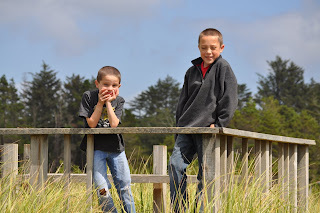 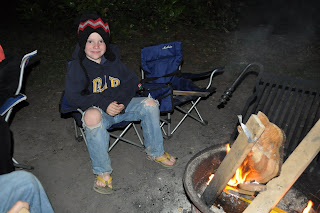 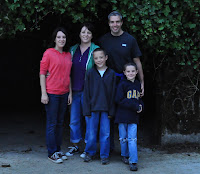